Oil and Water Don’t Mix – Use an Oil Belt Skimmer 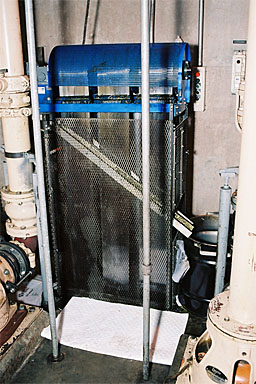 Small spots of motor oil on your driveway look tacky enough. Leaks of hydraulic oil from the hydro turbine of a big pumped-storage plant are not only more noticeable, but they also could end up in the facility’s sump or in its reservoir, as well.

At the Blenheim-Gilboa Pumped Storage Power Project in New York’s Catskill Mountains, there’s another reason leaks are unacceptable. The New York Power Authority (NYPA), which built and operates the facility, recently received the U.S. Interior Department’s highest outdoor recreation award for its stewardship of an adjacent 650-acre park that the NYPA built in conjunction with the project.

Upon demand, Blenheim-Gilboa can generate hydropower quickly up to 1,040 MW within just two minutes. When demand peaks, the “plant” is put into service by emptying water from an upper reservoir into a lower one. During off-peak periods, the same water is pumped back to higher elevation.

NYPA’s solution to the potentially embarrassing leak problem was to add an oil belt skimmer from Abanaki Corp. (Chagrin Falls, Ohio) to the facility’s sump to detect and remove floating oil before it reaches the lower reservoir. The oil belt skimmer is mounted above the sump at a location that is open to inspection. Any oil in the sump adheres to the belt and is removed by wipers and discharged to a drum. The presence of oil on the belt is easily observed by operators. The oil belt skimmer provides early and reliable leak detection and removes the oil from the sump.