Articles
You are here: Home1 / Articles2 / Tank Skimmer Helps Firm Save Cost and Stay in Compliance 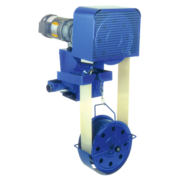 From a key location about midway between Indianapolis and Chicago, Kankakee Tank Wash, in Kankakee, IL, services companies from all over the United States, providing high quality interior washing of food-grade trailers. Kankakee’s two-bay operation is certified not only as a food-grade wash station for a variety of cargo—from liquid commodities to dry bulk—but also as a Kosher wash station. See how Abanaki tank skimmers saved Tank Wash money and kept them in compliance with regulations.

“A lot of haulers coming up from the South or the West Coast switch their loads on the return trip. For example, a run bringing orange juice up from Florida often will carry milk back on the return trip,” said Tim Ryan, president of Kankakee Tank Wash. “So we adhere to extremely stringent wash requirements in order to prevent cross-contamination of different cargo.”

General food industry standards require the inside of a tank be residue-free of any prior incompatible cargo. Kosher standards require the tanks be free of any cargo residue incompatible according to Orthodox Jewish dietary laws. And, of course, all food-grade tanks need to be kept free of all possible contaminants such as mold, bacteria and rust.

Kankakee Tank Wash uses a computerized wash system that sits right inside the trailer to ensure thorough cleaning and rinsing even for areas that would otherwise be hard to reach such as the top inner portion of the tank. With a small amount of manual preparation, the wash system computerizes the entire cycle – from a food-grade wash and sanitized rinse through blow dry. It’s even programmable to cleanse specific cargo loads. 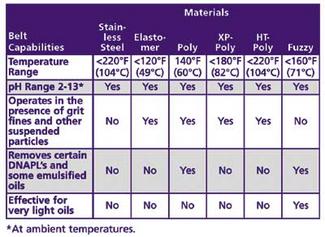 When he first came on the job, Ryan had inherited a system of chemical treatments but quickly found the process too cost prohibitive. The previous system was undersized and required more maintenance – a lot of down time was experienced.

Then Ryan read in a trade magazine about Abanaki, whose Oil Skimmer Division is in Chagrin Falls, OH. Oil skimming makes use of differences in specific gravity between oil and water as well as surface tension to attract oil and other hydrocarbon liquids from the water’s surface. This makes it highly effective for facilities that need to process organic waste from wash water in an efficient and effective manner.

The company sent a salesperson to assess the facility and explain how their tank skimmers might be suited to Kankakee’s situation.

“The folks were terrific,” Ryan said. “They explained the basics and they walked through the facility with us. Together we decided on the best set up.”

Ryan first selected the Tote-It portable tank skimmer that removes about 12 gallons of oil per hour through a continuous belt and wiper action. Because it’s portable, weighing only 35 lbs., the Kankakee crew found it easy to move from one bay to another. The unit proved to be low maintenance and effective.

As the operation grew, however, Ryan asked if the company could recommend a larger unit to keep up with the increased capacity. The decision was made to go with the Abanaki Model 4 Oil Grabber. Removing up to 20 gph of oil, this unit is design to remain in one application, but requires only a small amount of room (1 square foot). It’s ideal for applications like mobile equipment washing facilities where excess space is often at a premium. From a mere shimmer on top of water to a heavy oil slick, the 20-gph unit utilizes a continuous belt and wiper to remove the contaminants, often reducing oil content to less than 5 ppm in water and keeping it in compliance with local regulations.

Ryan said the 20-gph unit is effective in processing wastewater from both bays. The unit is mounted on the floor where each bay can drain into it. The belt, operating on a motor and pulley system, runs through contaminated liquid to pick up oil from the surface. After traveling over the head pulley, the belt passes through tandem wiper blades where oil is scraped off both sides of the belt and discharged into a 350 gallon tank. Weekly, the container is taken out via forklift to a roll-off dumpster and the contents removed by a waste hauling company.

The previous system was undersized. It routinely broke down needing constant repair and production time was slowed due to down time.

“Since 2003 Abanaki has kept us in compliance,” Ryan said, “and helped us save money, too. Our costs associated with removal and disposal run about 40% less than with the other methods we tried.”

Running around the clock seven days a week, the tank skimmer has never broken down, the belt is still original and there hasn’t been any down time.

The Scoop on Oil Skimmers
Scroll to top