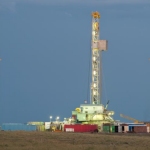 Fracking, also known as hydraulic fracturing, is a procedure widely used by natural gas drillers in which water, sand and chemicals are forced at high pressure into the ground to break up shale rock formations, thereby causing the discharge of trapped natural gas. The process of hydraulic fracturing is not new. It has been around for more than 60 years and has been used on more than 1 million producing wells.

A typical fracture treatment normally consists of 98.0-99.5 percent water and sand while the balance is made up of chemical additives that depend on the components of the water and the shale formation being fractured. In order to fracture one producing well, millions of gallons of water are used. There has been growing concern with the disposition of the 20-40 percent of flowback that picks up other contaminants as it returns to the surface.

Abanaki’s oil skimmers provide an environmentally responsible way for wastewater treatment plant operators and their natural gas driller customers to remove trace amounts of oil from fracking wastewater prior to its disposal. Oil skimmers work by making use of the differences in specific gravity and surface tension between oil and water. These physical characteristics allow the belts to attract oil and other floating hydrocarbon liquids from the surface of the fracking wastewater. The contaminants are then scraped off the sides of the belt and discharged into a collection container. Abanaki belt oil skimmers can be used in applications as deep as 100 feet and can be operated 24 hours a day, 7 days a week. An oil skimmer requires very little oversight, no maintenance, and is very cost effective due to low energy requirements.

Companies use Abanaki oil skimmers in a wide range of applications, ranging from industrial wastewater, groundwater remediation, and machine shop coolant. In these roles, skimmers help companies meet municipal and EPA water quality standards and extend the life of coolant used in machine tool operations. Oil skimming is also used as a pre-treatment for filtration, to prevent oil from blinding filter media. 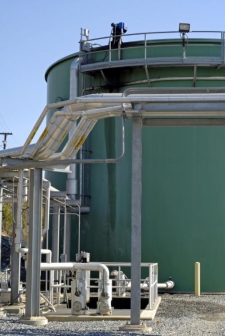 The Oil Grabber® Model 8 oil skimmer is the most widely-used Abanaki oil skimmer. Its size and removal capacity make it suitable for most applications. From a mere shimmer of pollutants on top of water to a heavy oil slick, the Model 8 oil skimmer performs efficiently, removing up to 40 gallons of oil per hour.

The new solar-powered version of Abanaki’s popular Model 8 Oil Skimmer is also available. It removes oil at up to 40 gph, where electrical power is unavailable or inconvenient.

The Abanaki Model MB oil skimmer is a dependable and effective means of removing oil from water and water-based solutions. Often, oil skimming by itself will reduce oil to an acceptable level of water purity. Depending on the characteristics of the liquid, it is possible for the Model MB alone to reduce oil content to less than five parts per million in water. The unit can be used as a pre-treatment before filtration, and in conjunction with a coalescing system.

The Oil Grabber Model 4 is the most commonly used solution at wastewater treatment plants. Its heavy-duty construction withstands the harsh environment inherent to the industry. Specially designed belts can collect all of the oil products present in the wash bay; when coupled with the optional Oil Concentrator, they effectively remove the oil without collecting much water.

Abanaki’s Oil Viper tube skimmer has a small footprint but large recovery rate. The tube “snakes” around the pit and can collect oils and greases with ease. It works very well in shallow sumps or confined spaces.