You are here: Home1 / McLaren/Hart 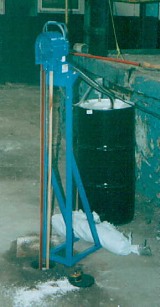 McLaren/Hart, Inc., a full-service environmental engineering company with offices across the United States, was tasked with bringing a cost-effective solution for the automation and expeditious recovery of a heavy gear oil / quench oil from the subsurface of an automotive manufacturing facility. After evaluating several active recovery systems that would meet the free-product recovery objectives at the site, Adrian Bilger of the Albany, New York office, selected the Abanaki PetroXtractor oil skimming system.

Two Abanaki oil skimmers were installed as replacements for passive recovery systems that had been in operation at the site’s recovery wells. The PetroXtractors not only automated the recovery, but also added the advantage cost-effective efficiency in comparison to the labor-intensive passive recovery system operation. Installation of the two units, including setup and adjustments, was completed in approximately four hours time, which helped to minimize overall project costs. 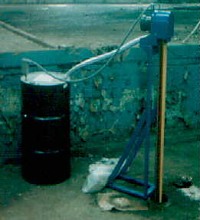 “During a preliminary test at one of the wells, the PetroXtractor recovered three-and-a-half gallons during a three hour period,” Bilger said; “the previously operated passive, bailer-type recovery system promoted recovery of only two gallons per day.”

Adrian Bilger went on to say, “McLaren/Hart intends on using these units in the future to recover LNAPL (light non-aqueous phase liquids) from the subsurface at various manufacturing facilities. The Abanaki PetroXtractor Oil Skimming System promotes efficient product recovery for sites where cost considerations and the necessity for automated recovery are critical design elements.”

Editor’s Note: The PetroXtractor also works on some DNAPL’s such as coal tar and heavy #6 fuel oil!